The Galaxy is at war has various alien species fight it out with each other for a valuable resource known as Cryonite, in this free to play space themed MMO that can be played with a downloadable client or directly in your Internet browser players take on the mantle of a bold and brave starship pilot aligned to one of the many bands of organised space pirates. This valuable mineral is almost exclusively controlled by a ruthless alien race known as the Mantis who control the majority of planets where Cryonite can be found and are prepared to defend it against the worthless species that make up humankind.

The game is a fast-paced space shooter with exceptional 3-D graphics where players can switch between and land based combat fighting in real time in a massive game world that consists of dozens of different planets and the number of star systems that can be fully explored. The game is wrapped up in an interesting and unique story arc that is slowly unravelled as players journey through the game completing various quests and missions for their chosen faction. Pilot your own ship and command your crew as you gain experience, gear and resources to keep your ship well supplied and readied for when you come face-to-face with the threats of the Galaxy.

Whilst there is a strong PVE element to the game and the wider global community is a competitive playground for players that wish to PVP with each other one-on-one or in larger clan battles to fight for extra rewards and glory. Band together with other players and form a tight knit clan, working with other pirate crews to fight against your common enemy, in these dark times on those who stand together and show strength in numbers will survive against the deadly Mantis.

And there are a number of different items that can be looted from enemy AI or players and recovered from the various planets within the game. Blue coloured energy capsules are vital for upgrading your skills in the game and can typically be found on various planets; green Cryonite crystals are often looted after destroying a Mantis ship and I used for the main in game currency to be used for purchasing upgrades at star bases. Some extremely useful items are blueprints, which contain the details for various auto repair systems, ship enhancements and new weapons. 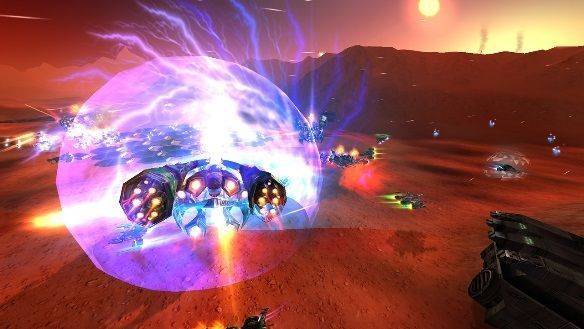